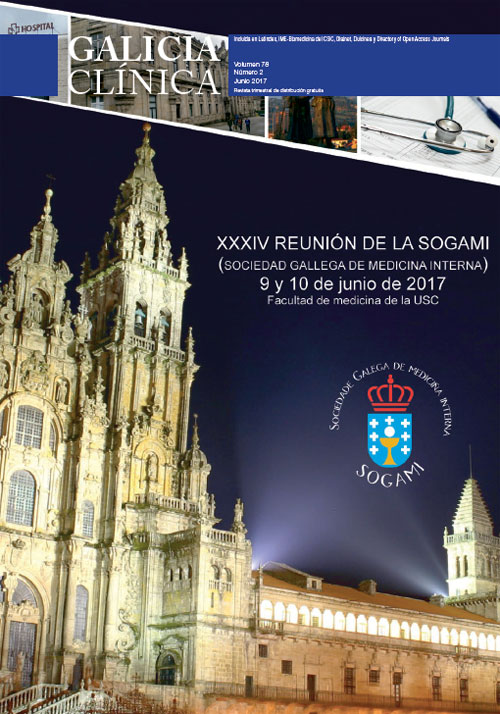 Ectopic adrenocorticotropic hormone (ACTH) secretion is a rare disease.
A 51 years old woman, with a Cushing syndrome secondary to ectopic ACTH secretion, diagnosed in 2009, with mediastinal lymphadenopathy, whose biopsy was compatible with lung small cell carcinoma, staged as IIIB using TNM classification. No other lesions were found in patient study. The patient was submitted to chemotherapy, associated to ketoconazole 200 mg twice daily, with partial remission of both conditions. Three years later was admitted with an aggravation of Cushing syndrome. There was no evidence of progression of pulmonary disease. A cystic lesion in the pancreatic uncinated process was found by abdominal CT scan and with avid uptake by DOTANOC PET discreet in anterior mediastinal lymphadenopathy. Biopsy of pancreatic mass revealed a neuroendocrine tumor. Pulmonary masses were biopsied again and was in favor of neuroendocrine tumor. It was assumed the diagnosis of pancreatic neuroendocrine tumor with mediastinal metastasis. The patient initiated lanreotid (120 mg, monthly, subcutaneous) in association with ketoconazole. After 5 months of therapy, patient died with sepsis secondary to pneumonia.
Neuroendocrine tumours are rare, difficult to diagnose and with poor prognosis when associated with ectopic ACTH secreting Cushing syndrome.