Migraine aura without headache  a challenge case of clitoris paresthesia 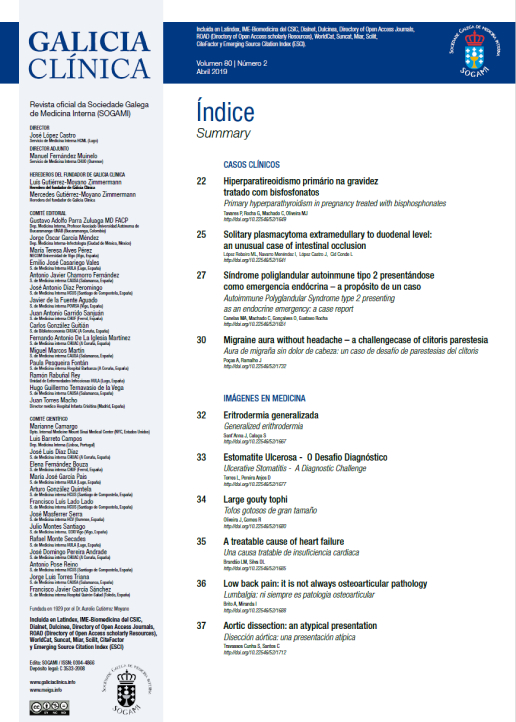 The term aura denotes recurrent attacks of neurologic symptoms that can include visual, sensory, speech, motor or other central nervous symptoms. The neurologic symptoms generally last some minutes and are fully reversible. The aura is generally followed by a headache but in some migraine attacks, there is aura without headache, previously called silent migraine, or acephalgic migraine and can become more common as people get older.
ALBP, 25 years old, single. No medical history of relevance except migraine and asthma.She presented worried, at a medical appointment, with complaints of clitoral paresthesia episodes with 2 weeks of evolution. She explains that events occur one to three times a day, on non-consequential days, and have a duration of 10 to 45 minutes. She denies a traumatic event and does not associate the onset of symptoms with any particular situation. She mentions that the first time it occurred to her, was on a morning when she was driving after work. Maintains libido and the ability to achieve orgasm. When asked, she confirmed that in 2 of these episodes she had associated migraine after 5 minutes of that clitoris aura.
She denied other symptoms/signs. Neurological examination and control analysis were normal. Cranial computed tomography and electroencephalogram were also normal.
The episodes of clitoral paresthesia occurred with and without associated headache in this patient, the last ones can be classified as migraine aura without headache in which aura is neither accompanied nor followed by headache of any sort. Migraine aura without headache should be diagnosed only when transient ischemic attack and seizure disorders have been ruled out.