Cholangiocarcinoma in a patient with Wilson´s disease 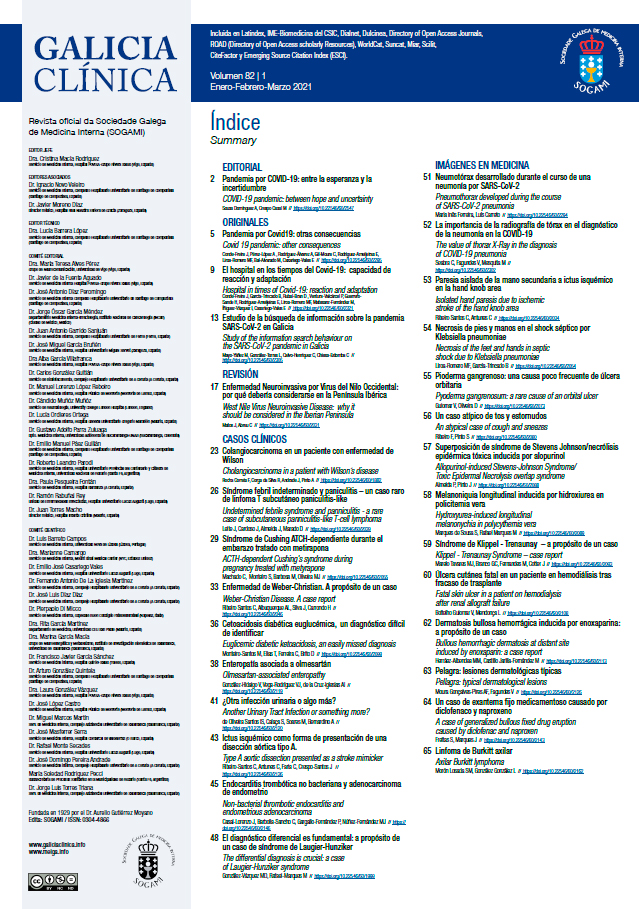 The incidence of hepatobiliary malignancies, and especially intrahepatic cholangiocarcinoma (ICC), for patients with Wilsons disease (WD), is very low, even for cirrhotic patients. It has been suggested that hepatobiliary carcinomas are less frequent in Wilsons disease (WD) than in liver diseases of other etiology. However, the protective role of copper against malignancies is debated. Only a few cases of cholangiocarcinoma (CCC) in WD have been published. Here we report a case of a 39-year-old female, WD diagnosed at 19-year-old based on low ceruloplasmin level, low serum copper, and increased urinary copper. She was followed up and treated with chelating agents throughout nineteen years, after this asymptomatic period she reported abdominal pain. MRI showed hepatic lesions not suggestive of hemangiomas and a nodular lesion of 15mm in the right lobe. Liver biopsy was made, with non-specific fibrosis; negative for malignancy. Few months later she was admitted in the hospital because of rapidly development of epigastric/right hypochondrium abdominal pain with four days of evolution, anorexia and asthenia. Biopsy revealed cholangiocarcinoma as the primary tumor confirmed by strong CK7 and CK20 positivity. The curiosity of the presented case is the very rapid development of CCC despite continuous chelating agent therapy.