Pellagra: a forgotten disease in the modern world 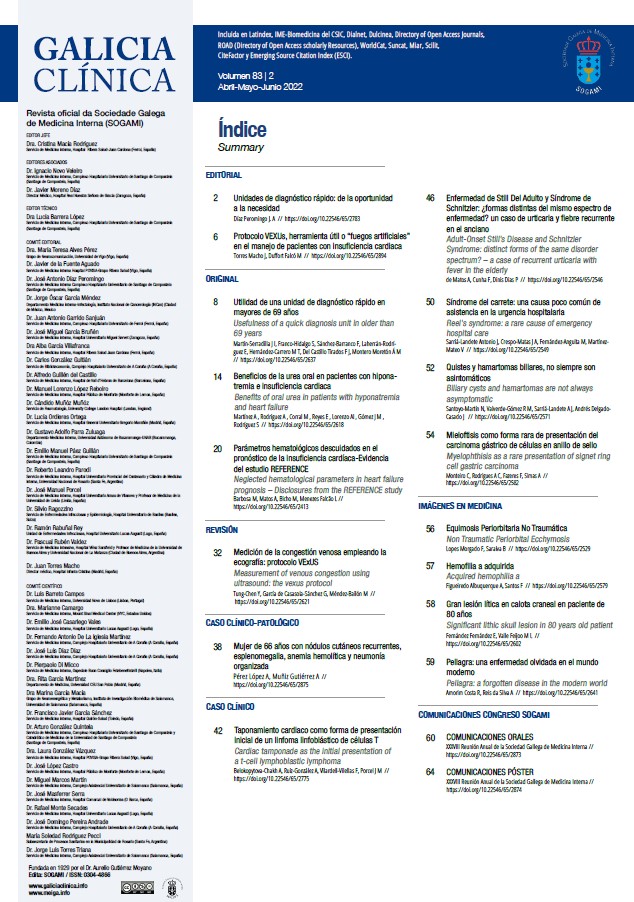 We present a case of a 48 year old man admitted to the emergency room with dermatitis of both arms, accompanied by localized burning and pruritus. He had a personal history of unmedicated and uncontrolled hypertension, chronic alcoholism and a cognitive deficit of unknown cause and duration. It is also important to mention that it has been identified a precarious social situation. The patient presented with erythema, hyperpigmentation and descamative lesions of the forehead, both arms and hands (picture 1) with more than a month evolution. The skin changes were symmetrical and had a clear distribution in areas exposed to sunlight.
Pellagra was assumed and the patient was treated with a complex B vitamin (containing nicotinamide). The patient was re-evaluated after 10 days and exhibited a clear improvement (picture 2).
Pellagra is caused by a deficiency of the coenzymes nicotinamide adenine dinucleotide (NAD) and NAD phosphate (1). The disease is considered rare nowadays, and in developed countries is usually a consequence of alcoholism, bariatric surgery, malabsorption syndromes or certain drugs (isoniazid, ethionamide, chloramphenicol, 6- mercaptopurine, fluorouracil, azathioprine, and phenobarbital). Alcoholism is the most important predisposing factor and patients with excessive alcohol intake probably have dietary deficiencies in addition to a greater need for niacin. (1) Diagnosis is based on a suggestive clinical setting. It is characterized by a classic tetrad of photosensitive dermatitis, diarrhea, dementia, and death. Gastrointestinal features include diarrhea, nausea, vomiting, decreased appetite, gastritis and achlorrhydria. (2) Neuropsychiatric features include headache, irritability, poor concentration, apathy, depressed mood, psychomotor unrest, ataxia, photophobia and spastic paresis. (2) Neurologic symptoms disappear in 2-3 days but cutaneous lesions take around a month to resolve.
This case highlights the importance of clinical suspicion and directed history, focusing on social and nutritional factors, in order to make the diagnosis of a rare, subdiagnosed disease that is life-threatening if treatment is delayed.